What Are the Advantages and Disadvantages of BlockChain Technology? 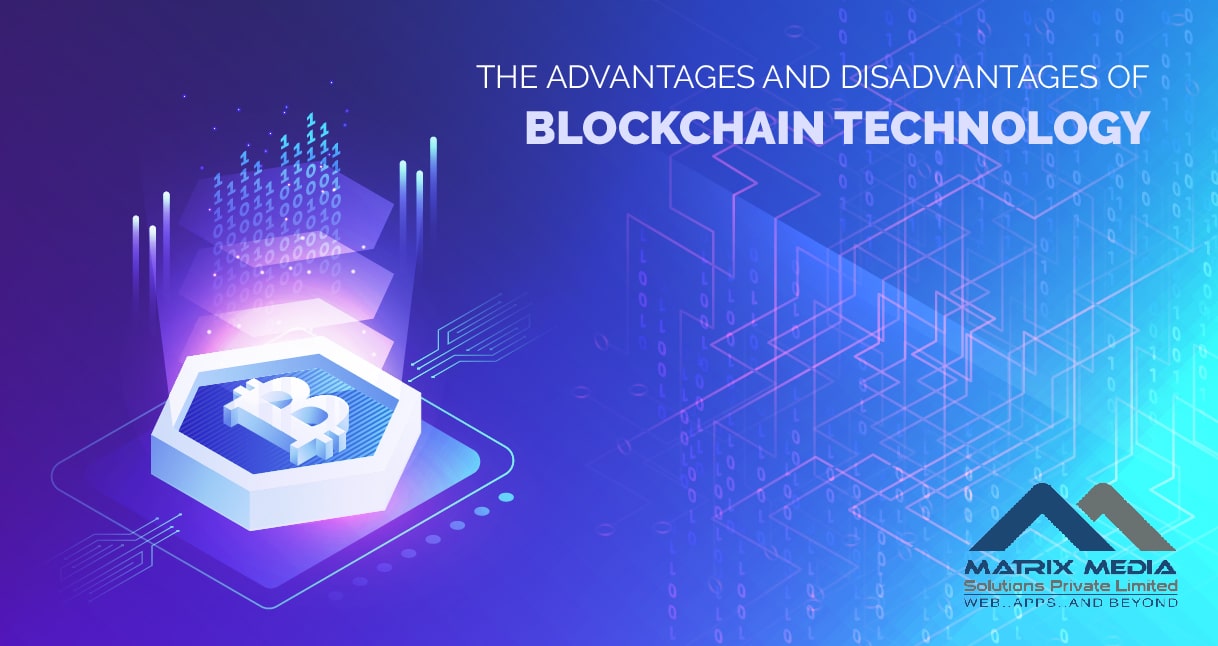 In the last few years, blockchain technology has gained a significant amount of recognition due to the rise of cryptocurrencies like bitcoin. It is the security of this technology that has made the concept of bitcoins so much popular among people.

What is Blockchain Technology?

Blockchain is an impenetrable ledger that keeps track of the economic and other transactions. Using this technology, you can not only maintain the financial transactions but also any transactions that have been done virtually. These ledgers store and record data in different blocks. All of those blocks are connected via cryptographic proofs and contain a chronological sequence.

This decentralized and high-tech ledger is not controlled by any government or financial organization. Anyone with a robust internet connection can use this technology for their benefit. Even though the cryptocurrencies have made this technology famous, it can be used by companies across the world for creating messaging applications, ride-sharing, critical infrastructures, cloud storage etc.

Despite being a new technology, blockchain has already proved its mettle. Here are some of the key advantages of using this technology.

That means, all the virtual currencies or transaction systems that use this technology get robust supervision that protects them from getting duped.

Each of the nodes of this wide network can replicate the database and store it. That means, there will be no single point for failure that can create a problem for your business. Even if one of the nodes goes offline, it would not affect the security of the data or the availability of the network at all.

This is in stark contrast to the conventional databases that rely on a single or a handful of servers, and as a result, suffer from more threats of cyber attacks and technical failures.

it is almost impossible to reverse the confirmed blocks. Once your business data is registered into the system, it will be almost impossible for anyone to remove or reverse it. This is why blockchain is considered as one of the most reliable and efficient technologies which can be used for storing financial records.

One can also use this technology to store any other data that requires an audit trail as each of the steps taken will be permanent and stored in a distributed public ledger.

For example, if a business suspects fraudulent behavior from its employees, it can use blockchain technology to keep a secure and stable record of transactions that happen within the company. This would make it much harder for the employees to hide any suspicious transactions.

In most of the payment systems, the transactions do not happen between the two parties. More often than not, a third party gets involved in this transaction and works as an intermediary.

The blockchain technology simply reduces the need of these intermediary organizations that take part in the transactions. The distributed network nodes of the technology verify the process of transaction in a secure method known as mining.

There’s no doubt that in the last few years, blockchain technology has demonstrated its prowess when it comes to security. Yet, this is one of the most talked-about factors of this technology. Among all the potential attacks that one can perform against this technology, the 51% attack is one that is most discussed.

This attack can take place if one manages to control over more than 50% of the network hashing power. If this thing happens, the attacker will have the power to disrupt the entire network by modifying or excluding the orders of the transactions.

Even though this attack is theoretically possible, no one has been able to perform it as of today. With the expanding size of the network, the security of this technology also rises.

Another problem related to blockchain technology is data modification. Once you add data to this system, it becomes irreversible. While stability is one of the advantages of this technology, this feature indicates that too much of it isn’t good either.

This system uses public keys or asymmetric cryptography to offer the users the ownership of the blockchain data. Each of the blockchain addresses has a corresponding private key as well. While one can share the address, the private key should always be a secret. Now, if a user loses a private key, he/ she will effectively lose the money and there’s no way to mend it.

The blockchain ledgers can grow significantly bigger with time. Right now, blockchain is growing faster than the size of the hard drives. That means, the network risks losing nodes if the ledger size becomes too large for an individual to download and store it.

Even after considering all the downside of this relatively new technology, you must acknowledge that blockchain presents some unique advantages to the users. The technology is secure, robust, and reliable. All of which is a clear sign that it is here to stay.

There’s still time for mainstream adoption of this technology. But many of the industries are thinking about implementing this unique system to their advantage. As the businesses and governments are starting to show interest in this technology, why are you staying behind? Adopt this technology before it gets too popular to reap the benefits.

With the complexity surrounding the mobile apps, testing of mobile applications for ensuring the functionality, usability, consistency and security if of key importance. The apps are meant to be run across various devices which have different dimensions, various network connectivity and a varied base of operating syatems. All these variants demand serious software testing and…

Top Ways to Attract Customers to Your Online Store

How to Enhance Site User Experience?

Your business website is the most influential marketing tool and can be one of the most powerful assets. The website theme and design are the very first brand impression that you create among your target audience.  An optimized user interface is at the core of improving the user experience for any website. Better user experience…