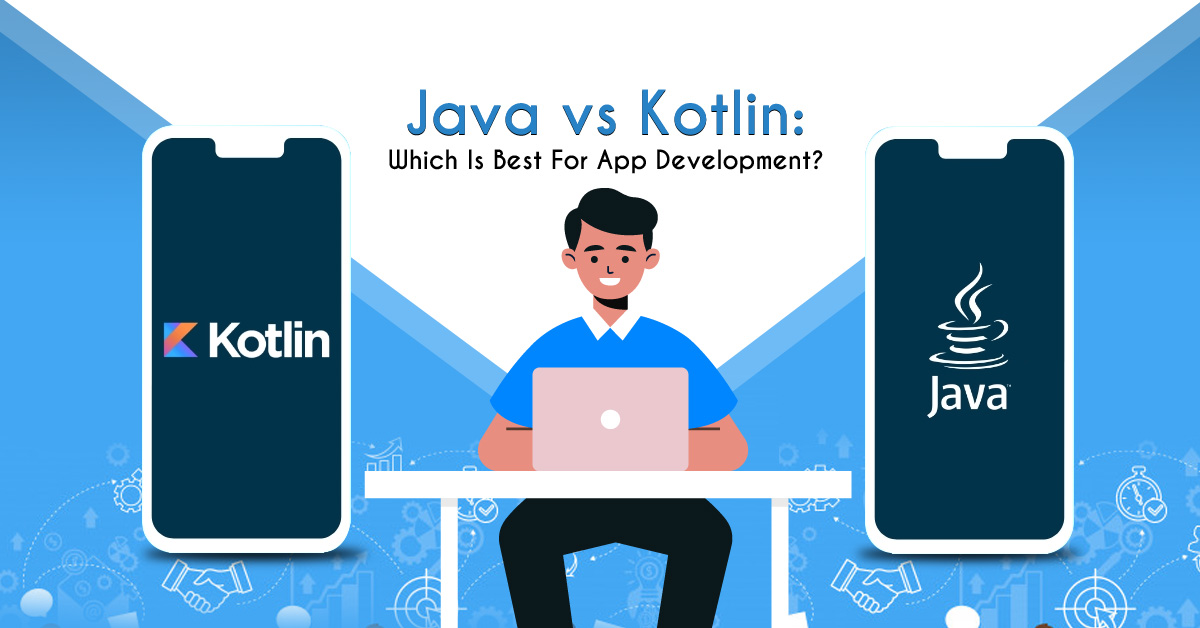 Java vs Kotlin: Which Is Better for Android App Development?

Hey! Do you follow the Google I/O regularly? Did you follow the Android App Development market closely? If your answer is yes, you must be aware of the fact that Kotlin is now the official language for Android development.

Even a few years back, Java used to enjoy indisputable fame. However, things changed with the entry of Kotlin. Even though it is constantly improving itself; still, it was able to fill the gaps created by Java. Although, Kotlin is gaining immense popularity; still, developers are in a fix. They don’t know whether Java or Kotlin would be suited for Android app development projects.

Confusion over Java or Kotlin

Without wasting time, let’s get started!

Kotlin is an open-source, statically typed language used on the Java Virtual Machine, but it can be compiled on the JavaScript for building a code, which can run on iOS. It’s a great alternative to the Java compiler.

After Kotlin was announced to be an official language for Android at Google I/O, Google has switched to Kotlin for Android. Moreover, it is supported by IDEs and is compatible with Java 6 and Java 8.

Java is one of the oldest object-oriented programming languages. The language is easy to understand and it is very flexible. It has a large open-source ecosystem. Not only that, but Java apps can also be easily optimized whenever there is a need for improved performance.

While Kotlin has made its place in the Android app development market with its fair share of benefits; however, Java is also an ideal choice for many. Well, before opting for Java or Kotion, it’s better to take a look into the differences present and then come to a conclusion.

Should I go with Java? Or, Should I stick with Kotin? The answer to these questions could be given once you know the differences.

If the developers compare a Java class with a similar Kotlin class, they will get to see the conciseness in the code structure. A Kotlin class will need less code for doing the same job that a Java class is doing. For instance, a specific segment where Kotlin can considerably diminish the total amount of boilerplate code is findViewBylds.

What’s the need for classes? Well, irrespective of the project size, they are meant for holding data.

Although these classes have microscopic functionality, a developer can write a lot of boilerplate code in Java. In fact, Java Developers need to define the instructor define many fields for storing the data, and even write down setter functions for each field. However, with Kotlin, it’s not so. The creation of classes gets simplified with Kotlin. All that a developer needs to do is to add the data keyword within the class definition.

Any app developers can easily extend a class with the help of an extension function. This function is not present in Java, although its presence could be seen in other programming languages like C#.

Coroutines is considered as the ability to carry out long-running and detailed tasks by eliminating execution and that too without blocking the thread and recommencing the execution later on.

For any program to attain its profitable level of maintainability, encapsulation is important. While Java has a non-private field, the same is absent from Kotlin.

Benefits of Java and Kotlin

From the above-mentioned differences between Java and Kotlin, we can see that Kotlin is popular and it has a lot of room for improvement. For instance, Kotlin 1.3 came with many improvements. At the same time, Kotlin/Native is making its way towards multi-platform convenience. Most importantly, developers can use Kotlin on various platforms. In short, Kotlin is accessible to all platforms. Multi-platform programming is just conjecture for a futuristic outlook.

Let’s take a look into the benefits offered by Kotlin and Java respectively.

Benefits of Using Kotlin for Developers

Benefits of Using Java for Developers

Which One to Go With?

The answer to choose between Java vs Kotlin is completely mixed. Some developers might prefer Java; whereas others might support Kotlin.

However, one thing that should be kept in mind is that Java has some flaws and Kotlin offers a solution to those flaws.

PrevPreviousHow COVID-19 Is Affecting The Ecommerce Industry and Its Supply Chain?
NextWeb Security Vulnerabilities and Its FixesNext