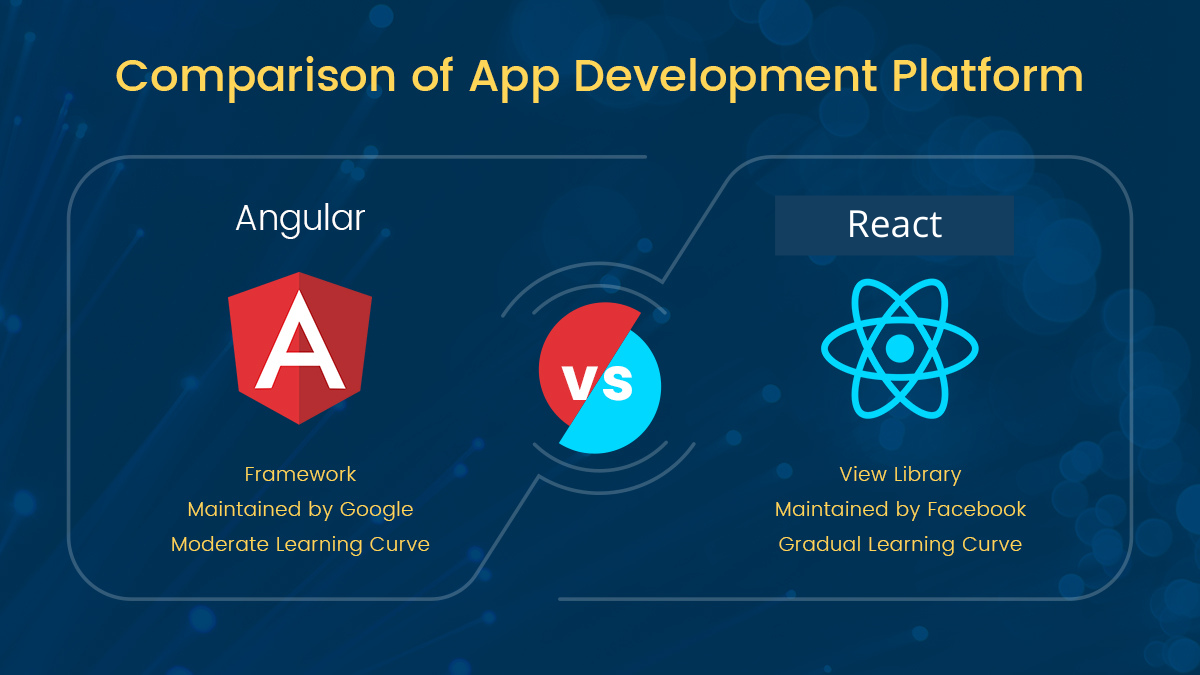 With mobile apps becoming an integral part of any digital business, choosing the correct framework is important to fulfill its purpose. Currently, all the major JavaScript frameworks are capable of facilitating all kinds of project requirements. App developers often face the dilemma of selecting the perfect platform. In this article, we are going to provide a clear comparison between Angular and React.

Architecture: The basis of the comparison starts with their architecture. The argument of Angular Vs. React revolves around the idea of framework vs. library. Angular is a full-fledged MVC framework and a descendant of AngularJS. React on the other hand is a library UX component.

The bundled component of Angular includes AJAX requests, XSS protection, routing, etc. React has minimum inbuilt features; hence, you get the chance to build libraries based on your requirements. There are also some dedicated libraries ready to be developed for React.

Licensing: Angular being an open-source platform, it is easily possible for enterprises to adopt with their system. However, React developed by Facebook came out with some limited patents for public usage. Later it was re-licensed under MIT to give easy access to everyone. Nevertheless, Angular is still easy in matters of licensing as you have to fulfill some fine conditions for choosing React.

Scalability: Here due to the robust design nature of Angular it is more scalable. For React being less scalable, it is much easier to test.

Usage of Third-Party Library: Using third-party libraries is of major concern for TypeScript. This was the way TypeScript was introduced by Google to deal with the steep learning challenges of JavaScript.

Speed: The loading time of Angular is much more, on the other hand, React is more sleek loads at a much faster rate.

Community Support: Powered by Facebook React has maximized community support by the use of advanced plugins. Along with the Facebook community, the React community now includes big names like Netflix, Uber, WhatsApp, Instagram, etc.

For Angular, the Google community also maintained a continuous improvement with regular updates. The uses get powerful front-end development. The major companies of the Angular community include Nike, Sony, HBO, Forbes, etc.

Now that you have understood some basic comparison points on Angular and React on papers on real the overall performance of both platforms seems quite similar. Let us now understand some advantages of both Angular and React .

Overall React can be a good choice if you are planning any modern web development and native rendered applications for iOS and Android. On the other hand, if you want to develop an application with a large-scale feature you can consider Angular. If you are looking for more professional guidance for any app development project, contact the experts of Matrix Media Solutions.

When you have decided to hire a remote dedicated team of developers, you will come across several agencies from all over the world, providing developers for your project. However, it is not an easy task to search for the best talents. To filter out your findings, you can start your search by looking for remote…

The concept of Remote Dedicated hiring is widely getting popular across the globe. The challenge of managing IT infrastructure can be resolved easily with dedicated developers hiring. The main purpose of getting a dedicated offshore team is to get the work done by experts without hiring them as full-time employees. As a business owner or…

How COVID-19 Is Affecting The E-commerce Industry and Its Supply Chain?

Let’s accept it. The Novel Coronavirus (COVID-19) is spreading across the globe like fire. With the whole world under its grip, the deadly virus has changed every aspect of life, starting from social to political and even economical. There is no denying of the fact that this pandemic has impacted businesses of all verticals. Even… 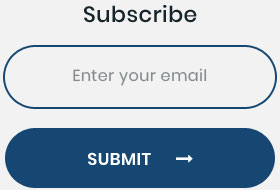