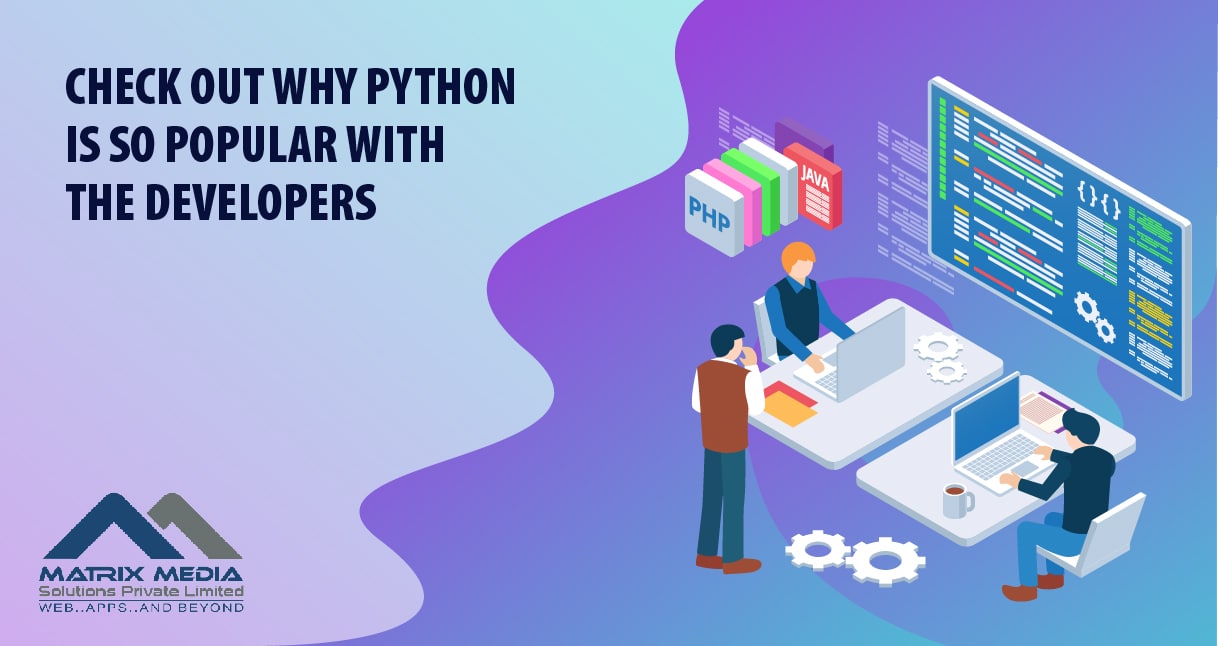 Python has been around us for many years, since its release in the year 1991. Surprisingly, this language has gained immense popularity, over the past few years. Among all other programming languages, Python witnessed remarkable growth.

Based on the Stack Overflow Developer Survey, it was seen that Python is one of the fastest-growing programming languages and it narrowly defeated Java. Python beat Java in 2019 and it did the same with C# in 2018 and PHP in 2017.

Knowing A Bit about Python

Well, these are some good sides of Python. But why did it become so popular among the developers? Well, there must be some reasons for Python dominating the programming world. Let’s take a look below:

Yes, Python is one such programming language that is easy to learn. Anybody can learn it within a short time-frame. This programming language was designed to be a general-purpose language. One of the reasons for its popularity is the clarity in the syntax that makes it easy to read. Even an amateur developer can understand it. This programming language is known for its simplified syntax, as it places more stress on natural language. As this language is very easy to learn, it’s a hit among coders, especially beginners. Moreover, due to its ease of learning, one could easily write Python codes and even implement it.

Python has been present for more than 30 years. This helped the Python community to grow and mature properly. Hence, it can easily provide help or support to the developers, starting from beginners to experts. With the community being very large, developers can get a solution to their problem in no time.

Since 2006, Google has been working on Python to develop several applications. For this reason, they have come up with many guides and tutorials for the developers. There is a dedicated portal for Python.

Use of It in AI, Big Data, and Machine Learning

According to the Stack Overflow Developer Survey, the growth of Python has been speedy among data scientists. Due to its extensive use in Big Data, Python has witnessed a dramatic rise. Most research work and development take place with this programming language. This is because Python offers ease of organizing the data.

It has proved very useful to those who are dealing with AI and machine learning. Why? This programming language offers fast performance. Moreover, Python not only offers a nice framework but it also comes with a nice set of tools and libraries for developing code.

In the world of Computer Science, Cloud Computing is one of the hottest topics.

Many organizations are relying on Cloud Computing to improve their work-flow. Python powers a lot of processing workload.

Vast Set of Libraries and Frameworks

Are you working on a complicated project? If yes, you will need access to a vast set of libraries. Python offers you just what you need. The corporate world along with the developers’ community provides massive support to this language. There is a vast set of libraries, which can be used from time to time. The library helps developers during the basic development cycle.

Moreover, some cloud media services provide cross-platform support via library-like-tools that prove to be highly beneficial to the developers. Developers can categorize their work accordingly during different development stages. Some libraries lay focus on specific things, such as scikit for machine learning applications and so on.

There are multiple frameworks for Python language, like matplotib for charts plotting a graph, NumPy for scientific computing, SciPy for engineering applications, and so on.

The best thing about Python language is its great adaptability feature. Due to its high-adaptability rate, it can work across many domains. This language can be used for any type of environment, like mobile application, web development, desktop application, hardware programming, and many more things. Well, the versatility of Python makes it very attractive for any number of applications.

This programming language is known for its reliability and efficiency. Irrespective of the platform it is being used, it won’t face any performance issue. It would be suitable for any kind of environment.

Python language is highly flexible. Developers can try something new every time. This language doesn’t restrict developers from developing any kind of application. This kind of flexibility is not available with another programming language.

Programmers always prefer Python over other programming languages. The reason is very simple. Due to its high demand in the development market, students, as well as developers, always prefer to learn this language. For instance, data scientists always use this language for any development project. On top of that, Python is an important language for any data science certification course.

In the automation of a task, this programming language is very helpful. The availability of tools and modules makes the task very smooth and comfortable. Just by using necessary python codes, an advanced level of automation could be reached.

PrevPreviousWhy Every School Needs a smart Management System
NextWhat Are the Advantages and Disadvantages of BlockChain Technology?Next